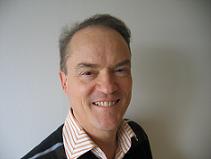 During the last couple of years, his research focused on climate change and state responses in Vietnam to vulnerable groups’ struggle in face of flooding and drought (2012-2015). More recently (2017-2019), he investigated climate change policies Indonesia, Vietnam, and the two countries’ commitment to curb carbon emissions through protection of forest (REDD+) and why efforts have been concentrated at the central level and the local level practically left to its own devices. A major conclusion is that the REDD+ design may be misguided as it exempts the major stakeholders, namely the state and private enterprises.

Another perspective is the ongoing debate on trade-offs between conservation and development with Madagascar as example. In a study from 2017, it was argued against an approach whereby locals are interviewed on establishing a protected area prior to its implementation and often without consultation. Instead, it was suggested that locals should be interviewed after the implementation a protection regime has taken place to ascertain whether locals are in favour or against the protection regime. In a study from 2019/2020, the author questions the feasibility of cost-benefit analyses of land for protection vs land for conversion to other uses. A better perspective should be a focus on a comparison of livelihood conditions in villages located close to protected areas and those of villages that do not benefit from tourist incomes but at the same time are not subjected to restrictions on forest use.

In a new research project in collaboration with scholars from China, Germany, the US, and Vietnam, the perspective is building on previous observations and compare different protected areas in Vietnam and discuss implications of various nature management regimes and the Vietnamese state handling faced with marginalization of local people and unsustainable exploitation of natural resources (dual crisis).  The Vietnamese state can intervene and negotiate solutions with local communities. In the past, the Vietnamese authorities have shown little interest to divert from a pure command approach, but with the dual crisis becoming more urgent, the regime could privilege other options in environmental planning. The research project comes under the name: Emergence of an environmental state under authoritarianism.

Green grabbing debate and Madagascar: did we learn anything?

REDD+, the forest grab of all times ?

Is community forestry the answer to the environmental crisis in Madagascar?